It’s coming. It had to come. 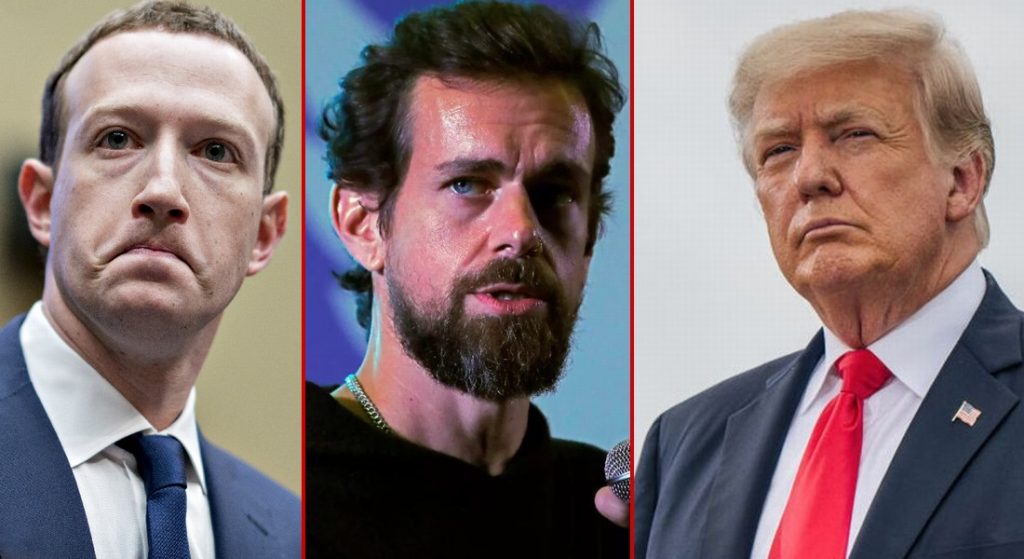 Facebook’s Mark Zuckerberg and Twitter’s Jack Dorsey are about to be sued by former President Donald Trump. The report is based on a “scoop” by Axios.

The following are the details that we know so far, as provided by Axios:

Trump is scheduled to make an announcement at a press conference today at 11 am.
Trump’s legal effort is supported by the America First Policy Institute, a non-profit focused on perpetuating Trump’s policies.

.
The group’s president and CEO and board chair, former Trump officials Linda McMahon and Brooke Rollins, will accompany him during the announcement.
Class action lawsuits would enable him to sue the two tech CEOs on behalf of a broader group of people that he argues have been censored by biased policies.
Axios added the ridiculous assertion, “Trump and other conservative critics have not presented any substantial evidence that either platform is biased against conservatives in its policies or implementation of them.”

Trump, of course, was banned from nearly every major social media platform after the baseless assertions that on Jan. 6th he had ‘incited an insurrection,’ a charge that failed to indict him in the Senate and has not held up in any court of law. As a politician, social media is a nearly indispensable asset for supporter outreach. Being deprived of social media platforms gives political opponents an incalculable advantage in elections.

Therefore, these tech companies are not only rigging the game on behalf of Trump’s political opponents, they are denying a mechanism of both accountability and feedback for the electorate in America’s representative democratic republic.

It will be interesting to see the bases for Donald Trump’s class action lawsuit at his expected press conference today. Stay tuned for more on this developing story.