It is unconscionable to allow Islamic headbangers to hold positions of authority in Western countries. 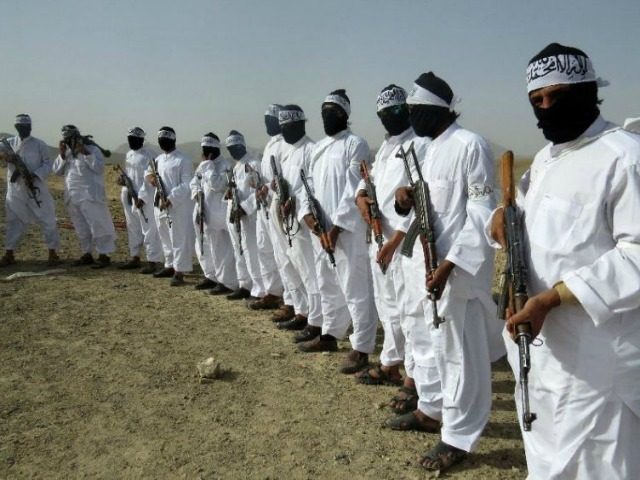 £30k Raised for Teacher Forced into Hiding over Mohammed Cartoons

“Here’s Naseem Shah MP in the House of Commons calling for blasphemy laws in the UK.”

Members of the public have generously donated more than £35,000 to the Batley Grammar School teacher who was forced into hiding after showing his class cartoons of the Islamic prophet, Mohammed.

At the time of reporting, the GoFundMe drive had raised £35,400, with the campaign gaining social media support from activist and actor Laurence Fox and journalist and former Brexit Party MEP Martin Daubney.

The young teacher, a father of four, was suspended in March over showing the images — considered offensive in Islam —  during a religious education lesson on blasphemy. Following death threats from Muslim extremists, the teacher and his family went into hiding and received police protection. The school cleared him of intentionally “causing offence”, but the teacher remains in hiding for fear of his life.

The administrator of the fundraiser stated on the GoFundMe site: “Contrary to some public statements, the teacher is not back at work and is still in hiding.

“Support will be needed in numerous areas. None of us can ascertain what costs may have to be met by the teacher, be they relocation, employment, legal or a multitude of other issues. The one thing that can be guaranteed is that this man, his partner and young family are going to need all the support and financial help possible.

“Fighting for your job, reputation and security is emotionally draining and time consuming. It is our responsibility to ensure that this can be done with the necessary resources.”

As the amount being raised increased by the thousands on Wednesday, Mr Fox encouraged his Twitter followers: “Keep pushing to help him rebuild his life with his partner and young family who are in hiding for their lives.

“He’s just collateral damage to this government. Let’s show them he’s much more than that to us.”

“Wouldn’t it be great to show him and his family that even though the school, the unions and the politicians have forgotten him, the country haven’t, and we stand with him,” the Reclaim Party leader said.

Batley was recently in the spotlight due to a by-election in the constituency of Batley and Spen triggered after Labour’s Tracy Babin resigned as MP following her election to the post of metropolitan mayor of West Yorkshire.

Labour held the seat — a Labour stronghold since 1997 — by a mere 323 votes. Criticism was levelled at all of the establishment party candidates for failing to adequately defend the teacher, with the subject barely mentioned on the campaign trail despite it being a major local issue.

The question of cartoons hurting people’s feelings was raised in the House of Commons this week by Labour’s Naz Shah, who compared upset over caricatures of Mohammed to public outrage over the desecration of statues and memorials by far-leftists like Black Lives Matter and Extinction Rebellion activists.

Ms Shah had tweeted: “Today the Government proposed a bill to protect the emotional harm connected with the damaging of statues.

Shah said in Parliament: “We cannot pretend that a Western, liberal democracy like Britain does not consider feelings when it comes to such situations, whilst at the same time today passing a law in parliament giving such importance to protecting statues based upon ‘commemorative’ feelings.

“As a Muslim… for me and millions of Muslims across this country and a quarter of this world’s populations that is Muslim too, with each day and each breath, there is not a single thing in the world that we commemorate and honour more than our beloved prophet, Mohammed,” the MP said, adding: “Peace be upon him.”

She continued: “When bigots and racists defame, slander, and abuse our prophet — peace be upon him — just like some people do the likes of Churchill — the emotional harm caused upon our hearts is unbearable.”

“To those who say, ‘it’s just a cartoon’, I won’t say, ‘it’s only a statue’, because I understand the strength of British feeling when it comes to our history, our culture, and our identity. It’s not just a cartoon.”

Remarking on Shah’s statement, political advisor and commentator Calvin Robinson said: “Labour is really pushing for Sharia Law by the back door.

“Here’s Naseem Shah MP in the House of Commons calling for blasphemy laws in the UK.”