They will try again and they will succeed. Eventually.

The men were inspired and “enthused” by the Bourke Street terror attack on 9 November 2018 in which Hassan Khalif Shire Ali stabbed and killed cafe owner Sesto Malaspina.

They planned a terrorist attack on members of the public with a firearm, with the intention of advancing what has been rightly called a ‘depraved and evil ideology’.”

That “depraved & evil ideology” is also known as Islam. But you’re not supposed to know that. 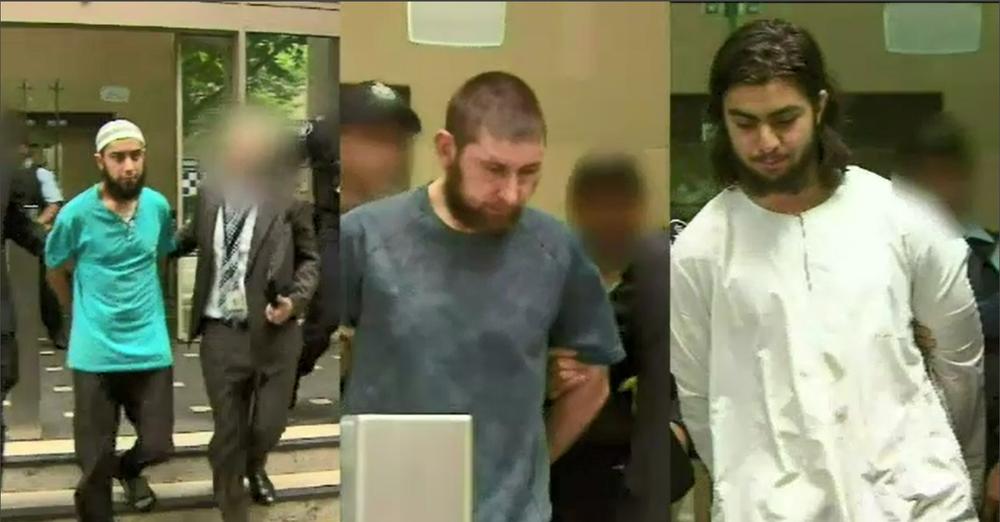 Three men who planned to commit a terror attack in Melbourne‘s CBD, killing multiple people with a rifle, have each been sentenced to a decade behind bars.
.
Hanifi Halis, Samed Eriklioglu and Ertunc Eriklioglu were each sentenced to a maximum of ten years’ jail before the County Court today, having each pleaded guilty to conspiring to do acts in preparation for a terrorist attack.
.
The two brothers and their friend, who met through a multicultural youth centre, were arrested at their homes in Melbourne’s north-western suburbs in November 2018 before they could carry out the attack.
They had paid a cash deposit for a semiautomatic rifle, which they had planned to use to kill as many people as possible in Melbourne’s CBD.
.
The court heard the men were inspired and “enthused” by the Bourke Street terror attack on 9 November 2018 in which Hassan Khalif Shire Ali stabbed and killed cafe owner Sisto Malaspina.
.
The group then discussed travelling overseas to fight for the Islamic state and devised a plan to use a firearm to kill people in the CBD.
They then organised to buy a .22 calibre semiautomatic rifle for $1800, putting down a $450 deposit.
Judge O’Connell said it could not be overlooked that the men had contemplated killing multiple members of the community, but agreed it could not be said that the planned terrorist act would have certainly gone ahead if they had not been arrested.
.
“These men embraced an opportunity to acquire a firearm in order to learn how to use that firearm in preparation for, or planning, a terrorist act,” he said.
.
“That terrorist act was an action or threat of action involving an attack on members of the public with a firearm, with the intention of advancing what has been rightly called a ‘depraved and evil ideology’.”
.
The men were each handed a non-parole period of seven years and six months.
Having already served 1022 days behind bars, they will be eligible for parole in less than five years.