Cackles of Tyranny: MPs Laugh as They Nod Through UK COVID Emergency Powers Extension Without Vote

UK MPs had the opportunity to end this abuse of state power by voting against yet another six-month extension of the Coronavirus Act.

Instead, the majority of MPs seem to treat this almost unprecedented erosion of liberty as one massive joke.

Real lives affected by suspended rights. It is literally a JOKE.

We are in Clown World#RESISTpic.twitter.com/ahNjLMKU8p

They will try to render themselves unimpeachable & unaccountable for this despicable imperial behaviour… .. all in the name of “safety”

Delingpole: UK Parliament ‘Not In the Mood’ to Revoke Tyranny 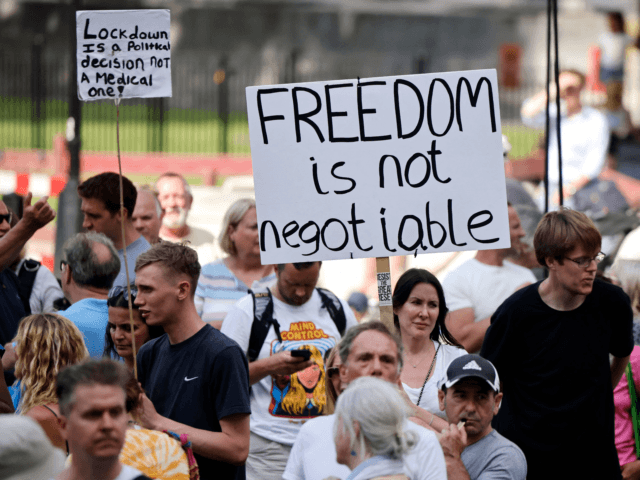 Members of the House of Commons, including a Deputy Speaker, were seen laughing as they extended emergency coronavirus powers for the government without an official vote.

The Coronavirus Act, which was pushed through Parliament last year, has been extended for another six months, after previously being renewed in March.

The bizarre scene was criticised by Reform UK leader Richard Tice who said that it demonstrated a “disgraceful prevention of democracy by our own House of Commons.”

What kind of democracy do we live in when a 6 month extension to emergency powers to control every aspect of our lives can just be nodded through without any vote?

I want to know exactly which MPs support this and which don't.

We won't forget, you know. pic.twitter.com/D2rNgaaW1A

#NotInTheMood is trending on UK Twitter. And understandably so. “Not in the mood” was the truly nauseating phrase used by the Deputy Speaker in parliament in order laughingly to explain why our elected representatives could scarcely be bothered to vote on some of the most dangerous legislation in British parliamentary history.

The Coronavirus Act gives the Boris Johnson regime sweeping powers to do whatever the hell it likes under the pretext that Britain is experiencing a health crisis so catastrophic it justifies government by fiat.

The images from vaccine passport protests in Italian city Trieste are astounding.

The idea there is consent toward mass vaccination control is completely contrived by the media.

Do these people look like they are welcoming the new world order? pic.twitter.com/HUqSNCu8Id