Climate change is predicted to change a lot of things, but it’s already having a profoundly negative effect on what you are permitted to publish, say or read, writes Tim Blair.

ANOTHER $1 BILLION OF TAXPAYERS’ MONEY

We run a grave risk, as a country, of becoming a nation forced into embracing one policy, with no debate and little consideration of alternatives.
.
The current religion is net-zero carbon dioxide, as I have said, without ever demonstrating clearly what damage 0.04% of the atmosphere can possibly do to us as a planet when carbon dioxide is the source of all plant life.
.
Today, more money is being thrown at the issue, taxpayers’ money, with the Prime Minister saying he will launch a $1 billion investment fund to “fast track low emissions technologies, including carbon capture and storage and methane reducing livestock feed.” 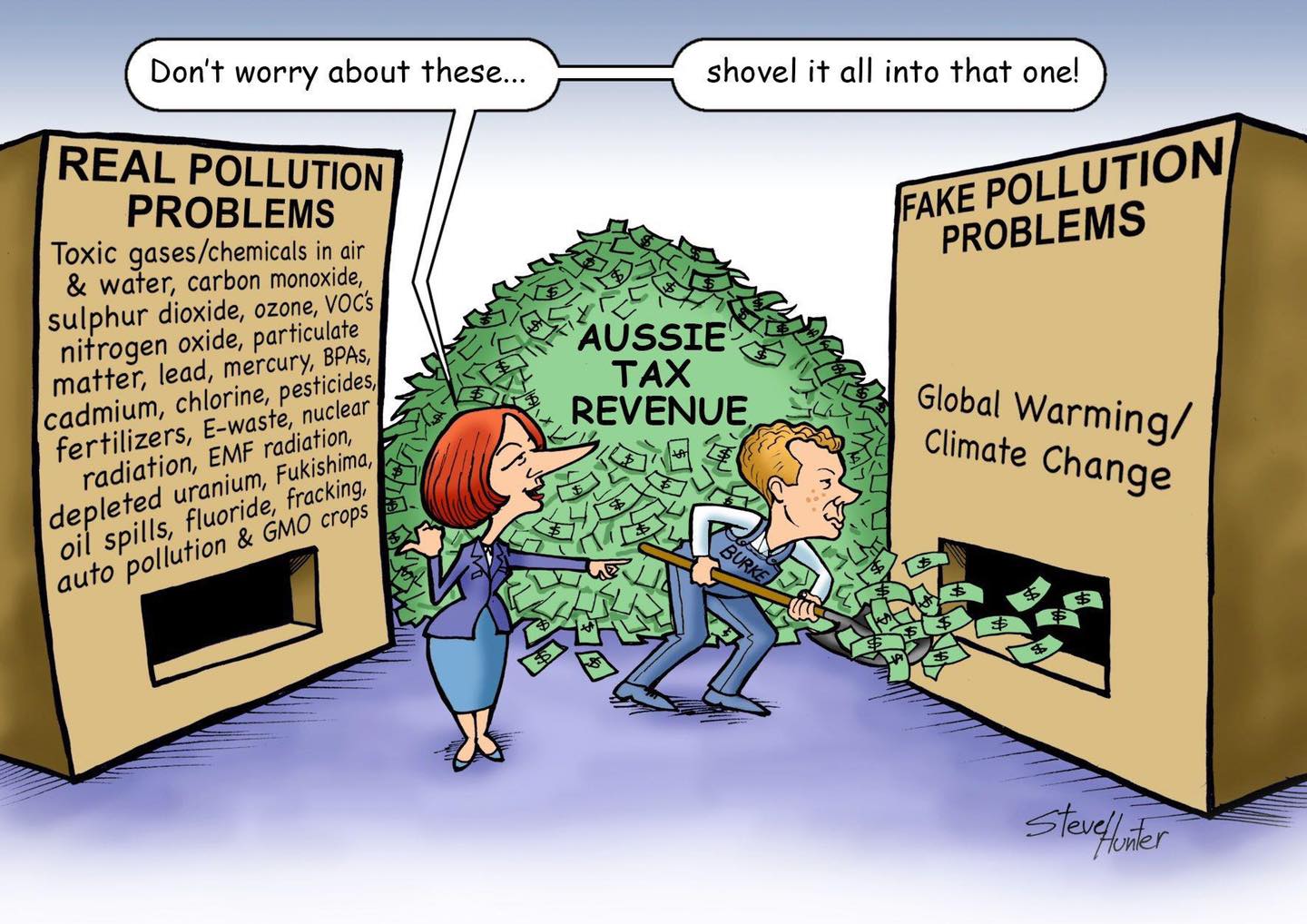 All to reach net-zero. Another $1 billion of taxpayers’ money, on top of the recently announced $21 billion for hydrogen production.
.
$3 billion in NSW for a guaranteed 10,000 jobs in hydrogen production.
What is your maths like? $300,000 per job. Taxpayers’ money!
.
But just leave hydrogen for a moment and back to the headline today for a $1 billion tech fund to promote carbon capture and methane reducing livestock feed.
.
This is supposed to be a big election push, but scholarly people, without a platform, are writing to me about this same issue of burying carbon dioxide, carbon capture!
.
Has anyone admitted that we already have massive carbon capture mechanisms?
Australia has 440 million hectares of grasslands, 4.4 million square kilometres larger than Europe’s total area.
We also have 140 million hectares of native forests.
As one of my correspondents has reminded me, 1.8 million hectares of plantations and 4% of the world’s global forest estate.
The point is, we are not short of trees which capture carbon dioxide.
We have the world’s sixth largest forest area.
.
As a result, our grasslands, forests, crops and the waters of the continental shelf sequester, a fancy word for burying or hiding away, far more carbon dioxide than Australia emits from all energy, transport, agriculture and mining sources.
So what’s this $1 billion announcement about?
Research tells us that Australian forests absorb 940 million tonnes of carbon dioxide annually, over double our domestic emissions of 417 million tonnes per annum.
.
Add to that the absorption of carbon dioxide into our massive area of grasslands, crops, soils and the continental shelf waters with the result that if getting rid of carbon dioxide is the issue, surely Australia has done its fair share.
.
What is not conceded is that trees, grasses and crops need carbon dioxide as plant food.
.
If there is a slight increase in global atmospheric carbon dioxide, you will inevitably gain an expansion of forests, grasslands and crops and a reduction of the world’s deserts.
.
As one of my very intelligent scientific correspondents has written to me, “Grass extracts carbon dioxide from the atmosphere. Cattle and sheep convert grass into wool, leather, energy, protein, fat, bone and milk for human use – all part of the natural global food chain.”
.
Some of the carbon compounds consumed by cattle are quickly returned to the atmosphere in burps and farts.
.
Some of the carbon in milk and meat is recycled quickly via human emissions; but most is sequestered into human bodies or into wool and leather products.
Burial of human bodies sequesters more carbon, deep underground.
.
As my correspondent writes, “Without cattle and graziers, grasslands would be fuel for monstrous bushfires or fuel for termites or wood-rot – all of which put more carbon dioxide and methane into the atmosphere.”
.
Scott Morrison is now talking about carbon farming schemes, taking a third of any given property for planting trees and call it carbon farming.
.
And another $1 billion announcement today.
The bureaucrats have surely got hold of him.
The point is simple.
.
Taking productive land from the farmer to grow trees punishes both the farmer and the nation’s productivity; but the figures suggest that rural and regional Australia should be rewarded for productively absorbing giga-tonnes of carbon dioxide.
.
Ian Plimer tells the full story in his latest book, ‘Green Murder’, which will be released by Connor Court Publishing in November.
.
Perhaps the first person who should read it is the Prime Minister.
Make no mistake.
.
The latest net-zero religion is, as I have said from day one, a national economic suicide note.
. 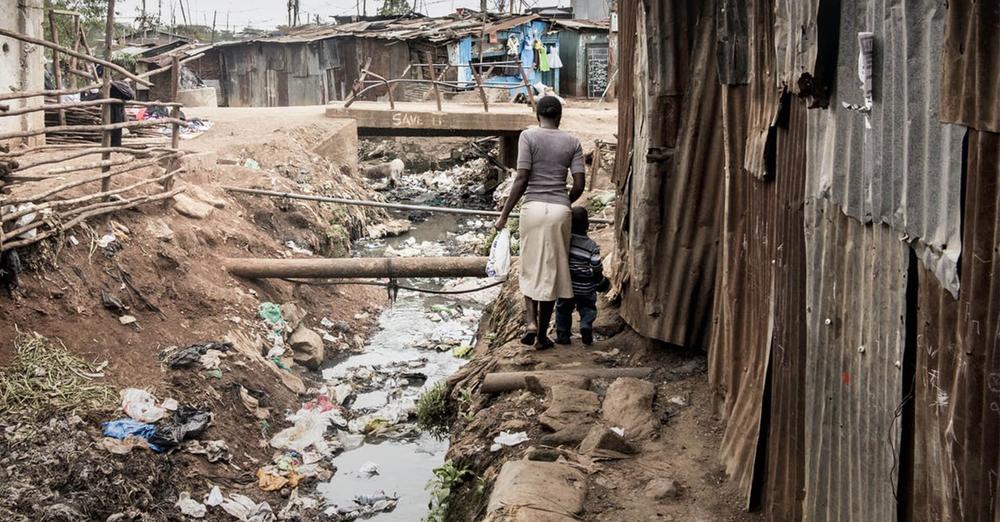 Burkina Faso sent 109 delegates to save the planet at Glasgow while three million of its people starve, Islamic terrorists roam its borders, 80 per cent of its population doesn’t have electricity and a slave trade booms…
.

Given the mainstream media only reports what sleepy Joe Biden, Boris Johnson and Scott Morrison said at the FLOP26 climate conference, ADVANCE thought it’d be worth discussing the other less notable attendees.

First there was Belize – a central American country that has the following “current concerns”, according to the Central Intelligence Agency:

Given these issues you’d expect, the Belizean government would be better things to worry about than a climate gabfest run by billionaires, European royalty and career politicians.

Belize sent 33 delegates to Glasgow, about as many as Pakistan, New Zealand and Belarus combined.  One degree Celsius of warming since 1900 seems to be their top priority.

Next was Burkina Faso – one of the world’s poorest countries which boasts the following issues:

Forget addressing any of these boring problems. After sending over 100 delegates to the 2019 COP25 in Madrid, Burkina Faso decided to send 109 delegates to Glasgow, who are no doubt living it up in five-star hotels while their people starve.

Then there was Equatorial Guinea – another impoverished African nation that sent 28 delegates to Glasgow on behalf of Vice-President Teo Nguema who is described as “[ferrying] his glamorous blonde girlfriends around Paris in his fleet of Rolls Royce, Ferrari, Bentley and Porsches” and the lucky man who “bought the original gloves Michael Jackson used to wear”.

Unfortunately for the people of Equatorial Guinea the Glasgow conference will be of little use to them given the nation suffers from:

Ironically, Equatorial Guinea has become the richest country, per capita, in sub-Saharan Africa since the discovery of oil and natural gas reserves in the 1990s. However, the majority of its people remain extremely poor because the proceeds go to the ruling class – the very same mob who flew to Glasgow to save the world.

Succeeding the Guineans were the Pacific Islanders.

The Marshall Islands sent 35 delegates even though they only have a population of 60,000.

Palau, which has an even lower population of 18,000, sent 27 delegates. Palau’s President told the United Nations climate change is a “ticking time-bomb – no one knows when or where the next disaster will strike – but we are keenly aware that it can wipe out years of progress in a span of hours.”

Tuvalu’s President impressed with his dramatics, saying “we are but on one canoe for humanity, no one country must jump ship! We either must paddle together to keep us afloat and safe. Or allow the canoe to sink, and we all drown.” Nevermind the fact there was a net increase in land area in Tuvalu of 73.5 ha (2.9 per cent). Money talks.

To top it off, a large delegation of ten turned up from the Mom Loves Taiwan Association; Burundi sent 32, including a “Church of England Climatologist”; the Buddhist Tzu Chi Foundation sent 20 delegates; the Workers of the World sent a team to smash capitalism; and the Women’s Environment and Development Organisation flew 51 delegates over.

As ADVANCE has been saying for years now, the decarbonisation agenda has nothing to do with helping the poor and the environment.

It is a way for corrupt leaders of poor nations to extort money from taxpayers in Western nations.

It undermines the sovereignty of Western nations, given globalist elites are greenmailing Australia into sacrificing our manufacturing and energy-intensive industries on the Chinese-made altar of solar panels and wind turbines.

Even worse, the climate hysterics pat China on the back, while they build 100+ coal-fired power plants to further boost their monopolisation of heavy industry.