And he still wants the French to carry a vax pass

Marine Le Pen said on Twitter that “a president shouldn’t say that,” calling Macron “unworthy of his office” and claiming he wants to make unvaccinated people “second-class citizens.” 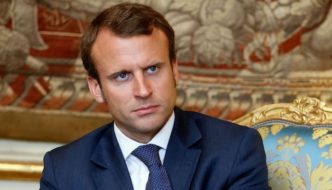 It should be common knowledge, but did you know that Macron was a Rothschild banker before he became president of France? 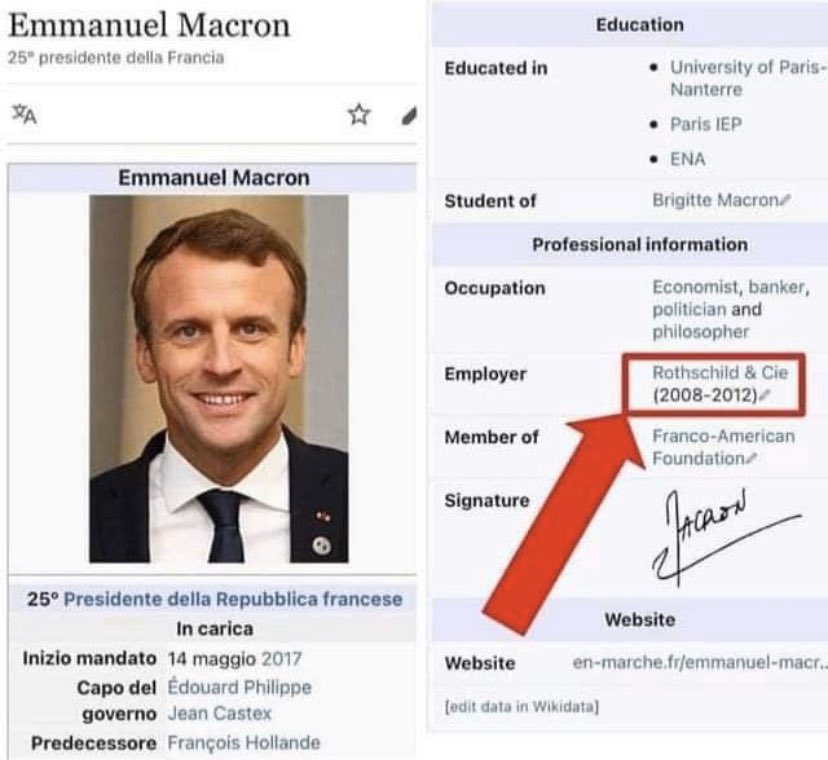 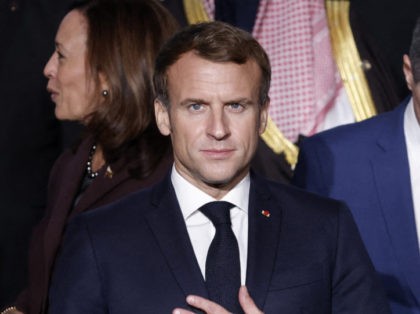 Islamic blasphemy laws are a core part of the Islamic ideology. Warning: this Hadith is rated R……

A blind man had a slave-mother who used to abuse the Prophet  and disparage him. He forbade her but she did not stop. He rebuked her but she did not give up her habit. One night she began to slander the Prophet  and abuse him. So he took a dagger, placed it on her belly, pressed it, and killed her. A child who came between her legs was smeared with the blood that was there. When the morning came, the Prophet was informed about it. He assembled the people and said: I adjure by Allah the man who has done this action and I adjure him by my right to him that he should stand up. Jumping over the necks of the people and trembling the man stood up. He sat before the Prophet and said: Messenger of Allah! I am her master; she used to abuse you and disparage you. I forbade her, but she did not stop, and I rebuked her, but she did not abandon her habit. I have two sons like pearls from her, and she was my companion. Last night she began to abuse and disparage you. So I took a dagger, put it on her belly and pressed it till I killed her. Thereupon the Prophet   said: Oh be witness, no retaliation is payable for her blood. Abu Dawud Book 38, Hadith 4348

1400 years of violent jihad is also based on Islamic doctrine. Islamic supremacists know the content of their own doctrines all too well. The Sharia is incompatible with Western society. Freedom of speech — which includes the right to offend — is a cornerstone of any free society. France was never the same after the Charlie Hebdo massacre, compounded by the beheading of schoolteacher Samuel Paty for showing Muhammad cartoons to his class. All across the Islamic world, with 50,000 Muslims in Bangladesh alone showed up to protest against Muhammad cartoons. Ditto for Pakistan. They had no problem with the executioner of Paty. They thought he deserved what he got for insulting Islam.

Pakistan and the Organization of Islamic Cooperation are at odds with free societies and continue to force the “Islamophobia” subterfuge on the West. Islam must not be insulted. Now, in a long overdue process:

France has launched an EU debate on the “extremely sensitive” issue of blasphemy and jihadist violence, in a move that risks further alienating European Muslims.

Christianity has been mocked and criticized on a routine basis, and antisemitism is commonplace at pro-Palestinian rallies. Yet no threat of violence comes from Christians or Jews over insults and criticism. There should be a zero tolerance, non-negotiable policy in every Western country, that criticizing Islam or any ideology is not off limits. The Macron-sparked debates about blasphemy and jihad should focus on the responsibility of immigrants from Muslim countries to assimilate like every other group; otherwise, the societal disruption will be immense.

France has also been cracking down on jihad-preaching mosques, and of course, is being labeled “Islamophobic” for doing so. In mainstream Islam, the Sharia (which includes violent jihad) is regarded as divine and immutable, so it is no surprise or secret that the majority of mosques are spreading Sharia ideology. 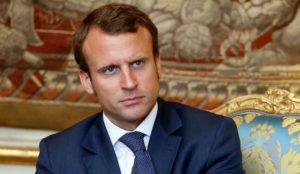 France has launched an EU debate on the “extremely sensitive” issue of blasphemy and jihadist violence, in a move that risks further alienating European Muslims.

“Recent episodes have shown the extremely sensitive nature of the notion of blasphemy, which rallies and mobilises all streams of the radical Islamist scene,” the French EU presidency said in a recent memo to member states.

“This evolution of the threat seems tangible in several European countries,” it added.

“Indeed, since early 2020, France, the United Kingdom, and Germany have faced a series of attacks whose execution seems to correspond to this phenomenon,” it said.

“Such is the case for the last seven attacks perpetrated in France – particularly the series of four attacks in the fall of 2020, including the beheading of teacher Samuel Paty,” France said.

The French memo, entitled Independent jihadist threat and seen by EUobserver, was circulated on 5 January.

It discussed trends since the fall of Islamic State [Isis], a jihadist regime in Iraq and Syria.

The “new type of threat” concerned individuals who had “shaken off the influence of terrorist organisations [such as Isis], both operationally and ideologically,” France warned.

“This type of attack … is perpetrated by isolated actors who have a tenuous or inexistent link to the radical movement and who were previously unknown to intelligence services”, it said.

Some attackers suffered from “psychological instability or even mental disorders,” it added.

“These terrorists use basic modi operandi, essentially with bladed or blunt weapons, which can however have a major symbolic impact when the attacks result in spectacular actions – such as beheadings – and target specific groups or people … [including] individuals singled out as ‘blasphemers’,” France also said.

“Do the member states share the above stated view?”, France asked.

The answers are to be discussed by EU home affairs ministers on 3 March.

And the talks are aimed at agreeing new EU recommendations on the “fight against terrorism” on 10 June.

But the discussions fall in the middle of French elections, due in April, in which president Emmanuel Macron will be competing for votes from three rightwing challengers – Valérie Pécresse and the far-right Marine Le Pen and Eric Zemmour.

The pre-election climate has already become toxic for French Muslims, with Macron himself and his hardline interior minister Gérald Darmanin pursuing what one NGO group, the European Network Against Racism, has called an “Islamophobic witch-hunt”.

And for some commentators, such as the Brussels-based Shada Islam, Macron’s decision to now discuss blasphemy and jihadism at the EU-level risks making matters worse.

“This is the kind of dangerous scare-mongering about Islam and European Muslims that the EU has to push back against,” she told EUobserver.

Macron has in the past linked jihadist crimes to the rise of Salafism, a hardline Islamic ideology, in France’s suburban ghettoes, called “banlieues”.

And he has tried to stamp it out on the advice of Gilles Kepel, a Sorbonne-educated academic and former advisor.

But for other scholars of the subject, such as Olivier Roy from the European University Institute in Italy, the French leader has been misinformed.

Roy said it was the Barlevi school of Islam, which originated in Pakistan, that teaches the kind of thinking which led to Paty’s murder.

“The Salafis, on the contrary, reject any special devotion for the Prophet and do not stress the blasphemy dimension,” Roy told this website.

“Macron’s position seems to be that one should defend the right to blasphemy,” Roy added.

But if Macron’s version of defending “laïcité” [secularism] gains traction in European politics, it could alienate Muslims of any creed.

“Many young Muslims consider blasphemy against the Prophet as a way [for people] to express sheer Islamophobia and hatred for Muslims in general,” Roy said.

And in any case, France’s EU memo on the “new type of threat” posed by “isolated actors” got its facts wrong, according to Jessica White, an expert on terrorism at Rusi, a London-based think-tank.

The threat was “not new” and the attackers were “not often isolated”, even if they did not act in the name of Isis, she said.

“Blasphemy has been a fiercely-held and defended issue since the beginning of religion and is certainly not specific to Islam … in France, it isn’t new either,” she noted….