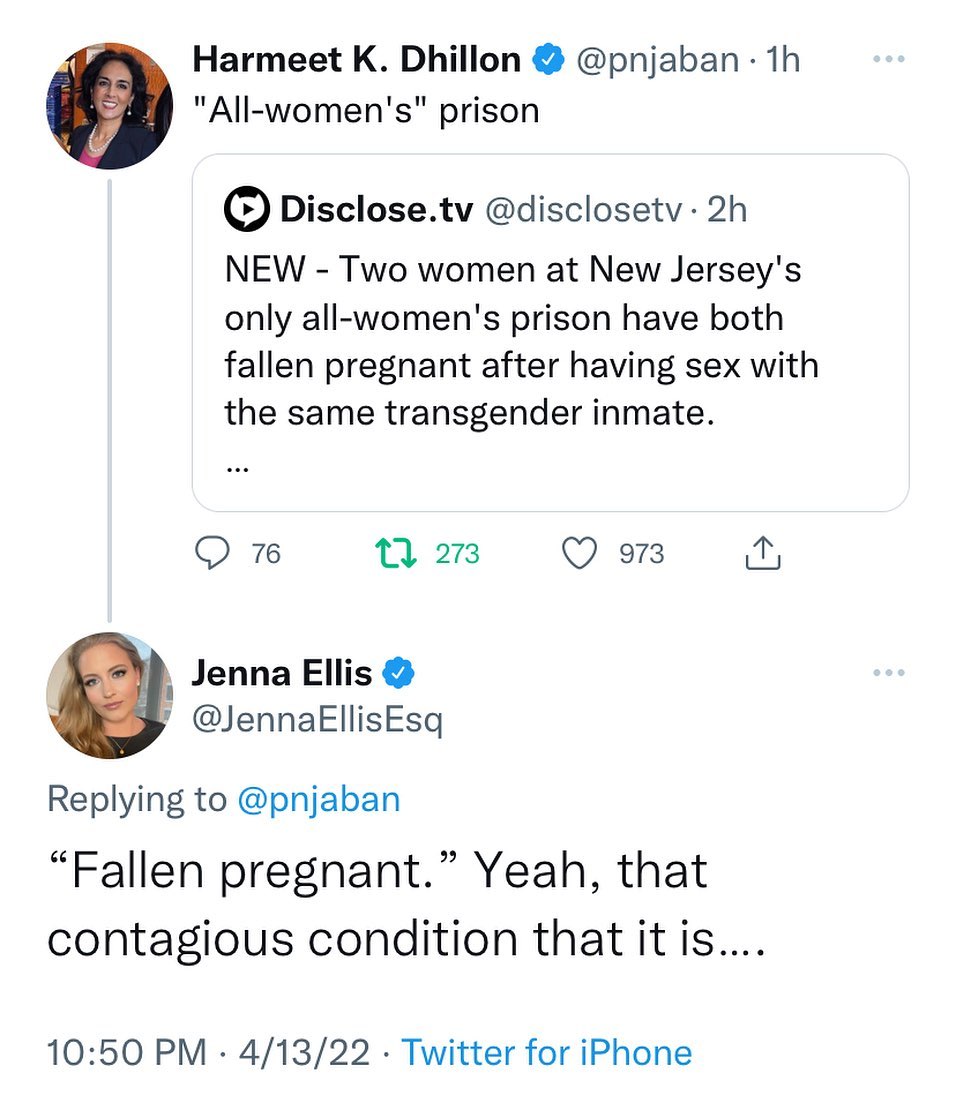 They tripped, fell, and landed on a dick.. or something!

Never apologise to the woke mob:

If you call a transvestite “tranny” you get four weeks of Facebook jail.FB “community standards” seem to apply in politics as well, because trannies, along with LGBT+supremacists, blacks, Mohammedans & other protected species are above criticism. So if an aspiring politician steps out of line, the speech police springs into action:

Scott Morrison is under pressure to disendorse a Liberal candidate after she claimed that “half of all males with trans identities are sex offenders” and compared trans activists to Nazis.

Liberal candidate for Warringah Katherine Deves has issued a second public apology in the wake of the comments. 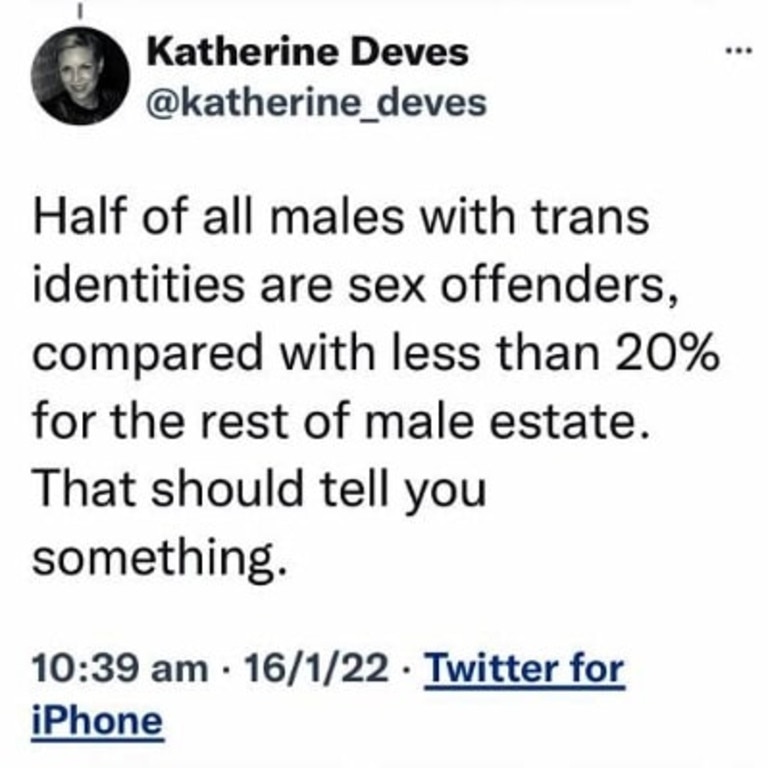 In the statement, she said: “In my dedication to fighting for the rights of women and girls, my language has on occasion been unacceptable.

“It has hurt people, and detracted from my arguments. I apologise for such language and the hurt that I have caused. I commit to continuing the fight for the safety of girls and women in a respectful way.”

News.com.au broke the story of her anti-trans tweets this week, including a claim trans teenagers were “surgically mutilated”.

The tweet included a graphic image of a topless teenager after surgery.

The day before, the Prime Minister suggested she was “right on the money” and said he supported her views.

However, he rejected her comments on trans teenagers and said she did the right thing by apologising.

He is yet to comment on her claim many trans men are sex offenders.

“Her appalling and divisive comments were well known before the Prime Minister selected her,” she said.

Ms Steggall said her selection as a candidate was either “deliberately offensive or a sign of incompetence”.

Ms Deves, who co-founded an organisation to exclude trans people from women’s sport, was heard on a podcast comparing pro-trans activists to Nazi trains transporting Jews to concentration camps.

On the podcast, recorded in February last year, Ms Deves said she felt her “Save Women’s Sport” campaign was comparable to the French resistance to Nazi occupation.

The podcast was hosted by Irish comedian Graham Linehan, who has also clashed with trans activists in the past over posts deemed by them to be hateful.

“I’ve got three small children. I have skin in the game on their behalf and people just weren’t willing to speak up and I just felt compelled to do so,” Ms Deves said on the program.

“I’ve always loved 20th century history. I think many people say, ‘I’d never be one of the villagers that stayed quiet when the trains went past.’ I would have been part of the French resistance.

“But when all of this was happening and no one was speaking out, I thought this is it.

“This is the moment in my life where I am going to have to stand up and say something against the status quo and against the establishment, and say I don’t think this is right and it might come at a cost to me, but I have to say it.” 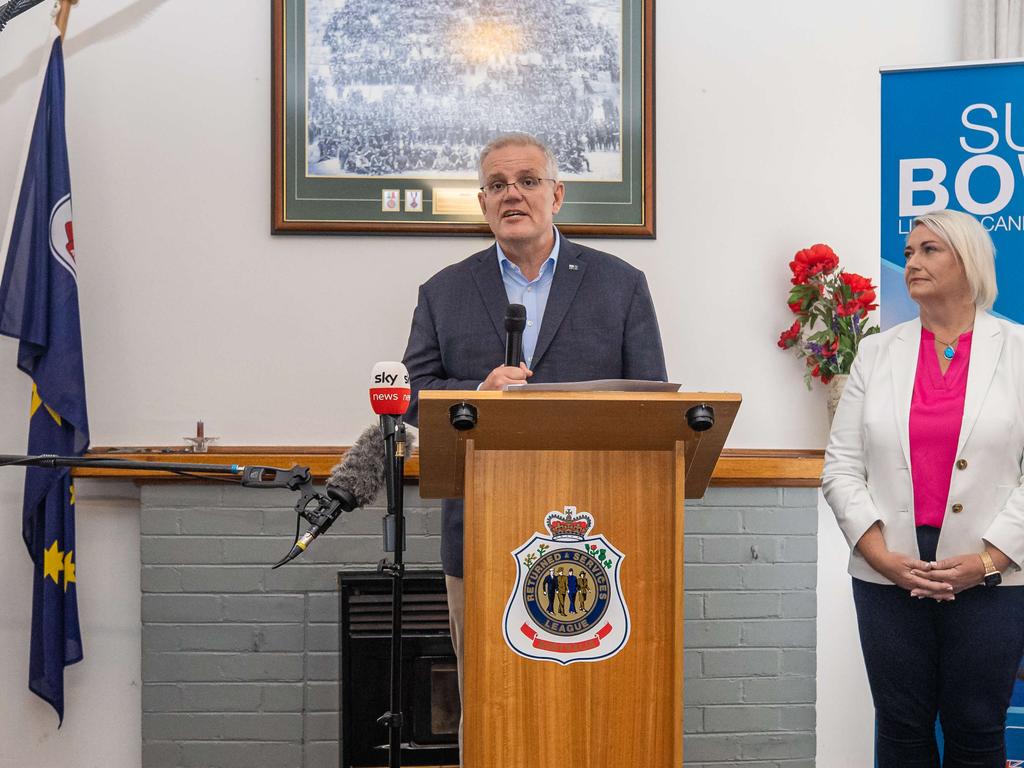 During WWII, trains would transport Jews to concentration camps as part of Adolf Hitler’s evil ‘Final Solution’ – his plan to carry out genocide on Jews and other minorities.

“There is nothing in contemporary Australian life and politics that is remotely comparable to the wholesale destruction of human life and civilisation that occurred during World War II.

“This sort of hyperbole trivialises the depths of inhumanity that were plumbed during that terrible conflict, and desensitises people to evil, instead of educating them to recognise and counteract it.

“There should always be extra caution taken when making historical analogies, especially by those who aspire to hold public office or leadership positions in our community.”

Ms Deves has felt the cost particularly hard this week, with her campaign for the seat of Warringah against Zali Steggall coming into question.

“Katherine is an outstanding individual. And she’s standing up for things that she believes in, and I share her views on those topics. This is just about common sense and what’s right. And I think Katherine’s right on the money there,” Mr Morrison said.

More recently, Mr Morrison softened on the issue, saying his government would not support a bill in the works by Ms Deves and Liberal Senator Claire Chandler to stop sports clubs being sued for excluding trans athletes from women’s sport.