That, of course, is meant to be permanent. The climate racketeers really abhor middle class mobility, the freedom to go anywhere by car. For the same reason they are determined to put affordable air travel out of reach.

The only people who will be hurt by this are the Europeans who have no easy way to travel. The Western intelligentsia seems bent on committing civilizational suicide. If they aren’t able to force that suicide in response to Putin, they’ll find another angle. 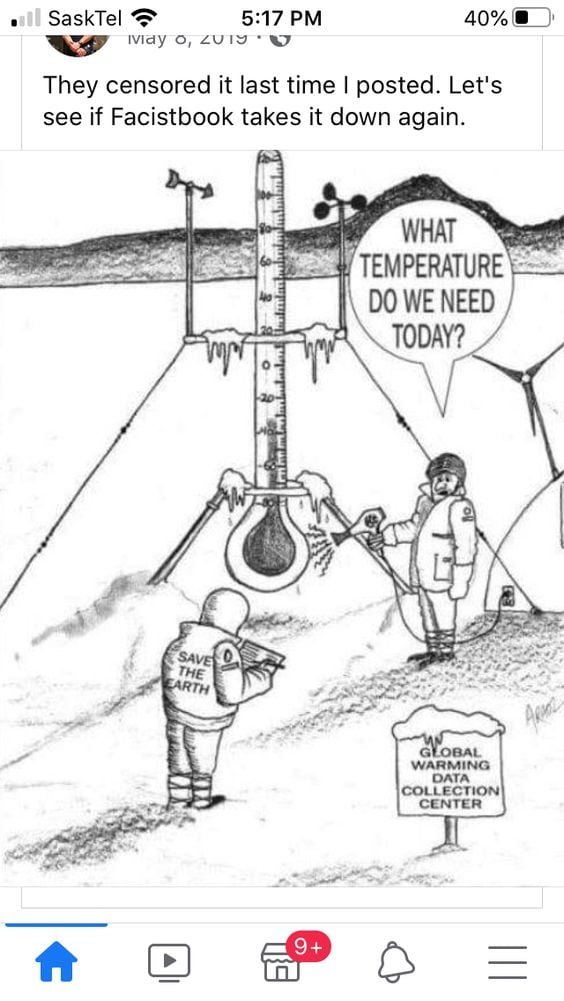 With Covid winding down, our moonbat overlords turn their attention to a crisis that is not merely blown out of proportion but entirely fabricated: the allegedly planet-threatening anthropogenic climate catastrophe. Dissidents were forbidden from deviating from the official party line on Covid. The same will go for the global warming hoax. Pinterest has already made it official:

Pinterest on Wednesday announced a new policy prohibiting users from sharing climate misinformation on its platform, making it the rare social platform to ban such content outright.

The head of the UN has announced the appointment of an expert panel that will scrutinise whether companies' efforts to curb climate change are credible or mere 'greenwashing'.https://t.co/OC20qD53sP

Beware of figures claiming renewable energy is the cheapest form of energy.
What they don’t take into account is the cost of backup energy, transmission, property taxes and utility profits. When all costs are accounted for wind and solar are far more expensive…
.
Source:
.
Isaac, Mitch Rolling, February 24, 2022 , ‘The High Cost of the Virginia Clean Economy Act ‘, Center of the American Experiment, Figure 12, p. 19.
“New offshore wind is the most expensive form of new energy built under the VCEA. Once costs such as property taxes, transmission, utility returns, and battery storage costs are accounted for, new offshore wind costs $154 per MWh, new onshore wind costs $128 per MWh, and new solar costs $110 per MWh. Capital costs and production costs are combined
for new wind and solar resources under generation costs.
.
Wind and solar advocates often cite Lazard’s LCOE analysis to argue that wind and solar are the lowest cost forms of energy. However, Lazard does not incorporate costs of providing backup electricity with natural gas, coal, or battery storage when the wind is not blowing or the sun is not shining; transmission costs, property taxes, or utility profits. Therefore, Lazard’s cost estimates are not an estimate of the total cost of electricity that will be paid by consumers but rather a small piece of a much larger puzzle.” 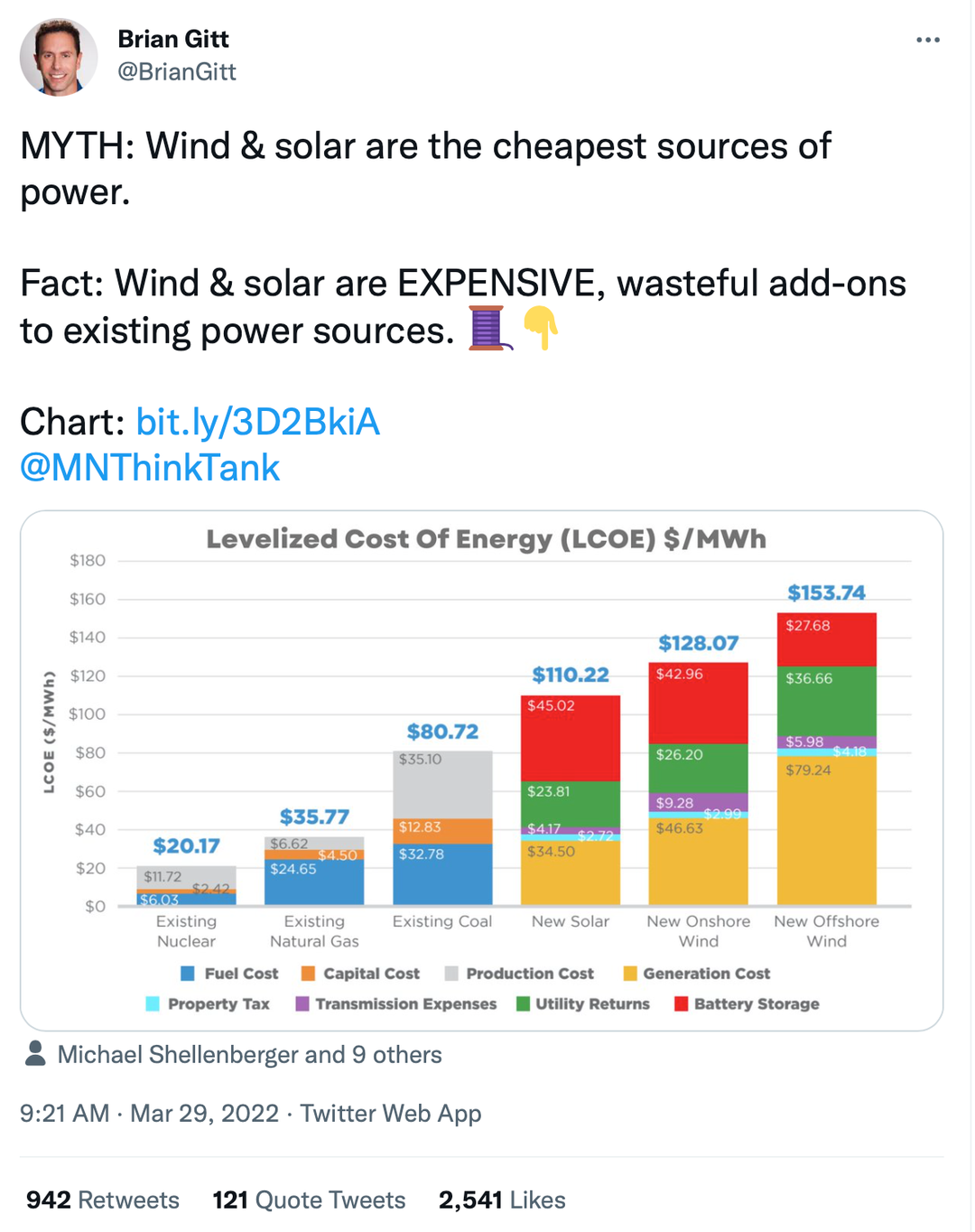