END_OF_DOCUMENT_TOKEN_TO_BE_REPLACED

by Jeffrey Imm/Anti-Jihad League of America

WaPo: KABUL – A suicide bomber struck a US convoy in southern Afghanistan yesterday, killing two American soldiers, and military officials announced the deaths of two other international troopers – one American and one Briton – the day before. Obama yesterday summoned his top commander in Afghanistan, General Stanley McChrystal, for a 25-minute meeting aboard Air Force One in Copenhagen. (In three months, the Â Obamessiah has 25 minutes for his top general, how generous…/ed)

The Georgetown professor cozies up to terror supporters, even while telling the rest of us that we have nothing to fear from Islam. H/T Counter Jihad

All the Islamo-propaganda Arab money can buy…

“Esposito’s academic standing provides him an opportunity to defend radical Islam and promote its ideology – including defending terrorist organizations and those who support them, advocating for Islamist regimes, praising radical Islamists and their apologists, and downplaying the threat of Islamist violence and involvement with Muslim Brotherhood legacy groups in the U.S.,” the report declares.

Our Dhimwit hero distinguished himself after the recent terrorism raids in Melbourne by rushing to reassure the victims (who thanks to his sensitivity training, he identified as the Islamic community) and making a plea for Australians to be more understanding: Read it all>>

No, Muslims did not “Discover America Before Columbus”Â and America is not “the largest Muslim country in the world”Â just because the fraudulent impostor Hussein Obama says so. But the Arabs, who have put him through university and bought him the presidency, have bigger plans: preparing the ground to make America Islamic.

Infiltration Watch: the Saudis are perverting the teaching of fundamental facts in US schools. This is not only a sly attempt at rewriting Â history, this is preparing the ground for an Islamic takeover.

This is Stealth Jihad 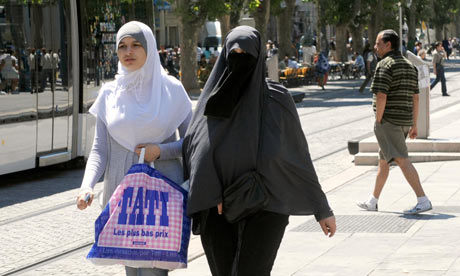 END_OF_DOCUMENT_TOKEN_TO_BE_REPLACED

A re-emergence of Christianity and Western Values in Camden?

Camden Residents protest the stealth jihad and the Islamization of Australia

CAMDENÂ will become a breeding ground for terrorists if anÂ IslamicÂ schoolÂ teaches its agenda of war and violence, a court heard yesterday.

Residents from the town, calling themselves ‘‘ Camdenites’’, pleaded with the Land and Environment Court to take their fears seriously.

‘‘ They will teach war and how to kill,’’ local Judith Bond said. ‘‘ It will be a breeding ground for terrorists.IslamÂ is a national security threat.’’

Ms Bond was one of 18 Camdenites to have their video evidence played to the court yesterday, with another three taking the stand in person.

Ms Bond said they had to uphold Australian valuesâ€”Â theÂ schoolÂ would emphasise values of violence and teach sharia law and terrorism.

CHRISTIANS in south-western Sydney should not fear an Islamic school and understand that Muslims share many Christian values, says a prominent religious leader. Â (no we don’t, you dhimmi-wit))

The churches refer to the supremacist nature of Islam, its desire for world domination, its inability to function with Australian law and that the Quranic Society is incompatible with the Australian way of life and our freedoms.

This is a strong step forward. For the first time, the proposed school is being argued against on the actual issues. The arguments about traffic and environmental concerns were at best a stalling option.

Worshippers at one of the state’s largest hospital chapels have been ordered toÂ get rid of crucifixes and Bibles and pull down religious pictures and symbolsÂ for fear of offending other religions.Â

Labor’s “….rich tapestry of cultural diversity and Multiculturalism” on display:

END_OF_DOCUMENT_TOKEN_TO_BE_REPLACED

It would have been impossible to imagine in the wake of the 9/11 terror attacks that they would actually stir sympathy for Islam â€“ even radical Islam.

Yet there is no question, eight years later, that is exactly what happened.

Though accurate statistics are elusive, Islam is growing in America â€“ both through immigration and conversion.

Islam has more effective lobbying groups in America than ever before.

There are efforts to be more “inclusive” of Islam in government, schools, academia and business.

There is more “sensitivity” to Islam in entertainment.

And there is an almost suicidal eagerness to assume the best about Islam, its adherents and its intentions.

END_OF_DOCUMENT_TOKEN_TO_BE_REPLACED

* Â Since he cannot attack Spencer on substance, the Bunglawussi resorts to name-calling. Spencer, like all of us, is guilty of “Islamophobic Paranoia”- but this kind of smear has long lost its appeal. Let the people Â decide:

“In Stealth Jihad, Robert Spencer has performed an invaluable public service. He has ‘connected the dots’ on the enemy within, the Fifth Column that the Muslim Brotherhood and its foreign enablers have established in America â€“ and other nations of the West â€“ to advance the seditious program they call Sharia. This book should be required reading for every government official â€“ and everyone else committed to the survival of our country in the face of this ominous threat.”

Frank Gaffney, founder and president of theÂ Center for Security Policy, gives his enthusiastic approval to the latest exercise in Islamophobic paranoia from Robert Spencer.

EXPOSED: The Islamic plan to conquer the U.S. — not by terrorist acts, but by stealth